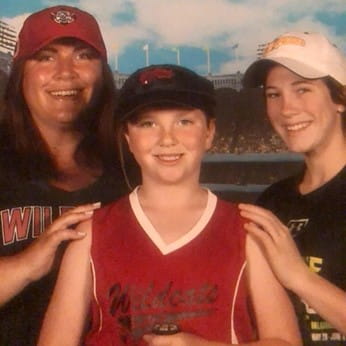 Wipfli’s financial services leader Anna Kooi is a role model for women, including her own daughters, CarliAnn, center, and Ella.

By any measure, Anna Kooi has a big job. She oversees Wipfli’s financial services practice, an area with more than 400 associates serving nearly 3,000 organizations. As a national industry leader, she’s responsible for financial results, strategic direction, talent development and alignment of service offerings within the practice. The pressures are, well, unending.

But so are the expectations from the other team in Anna’s life: the Wheatland Spikes, the middle school girls’ fast-pitch travel softball team based in Naperville, Ill., that Kooi coaches all-year round. Making a difference in the lives of the dozen girls on her team weekends and weeknights energizes her when she’s not at her day job, and in many ways, it makes her better at her day job, she says.

Anna’s thoughtful approach to guiding softball teams has had an outsized effect on her approach to leading teams in business and in engaging with clients. That success mindset connects directly with Wipfli core values. Her 14 years as a coach, and earlier, as a competitive player herself (no surprise, she was a pitcher), have driven home the importance of the pursuit of excellence, the power of teamwork — and work-life balance.

“There’s a lot of overlap,” she said. “Softball has taught me a lot about developing time-management skills, working through team dynamics, and pushing through adversity.” 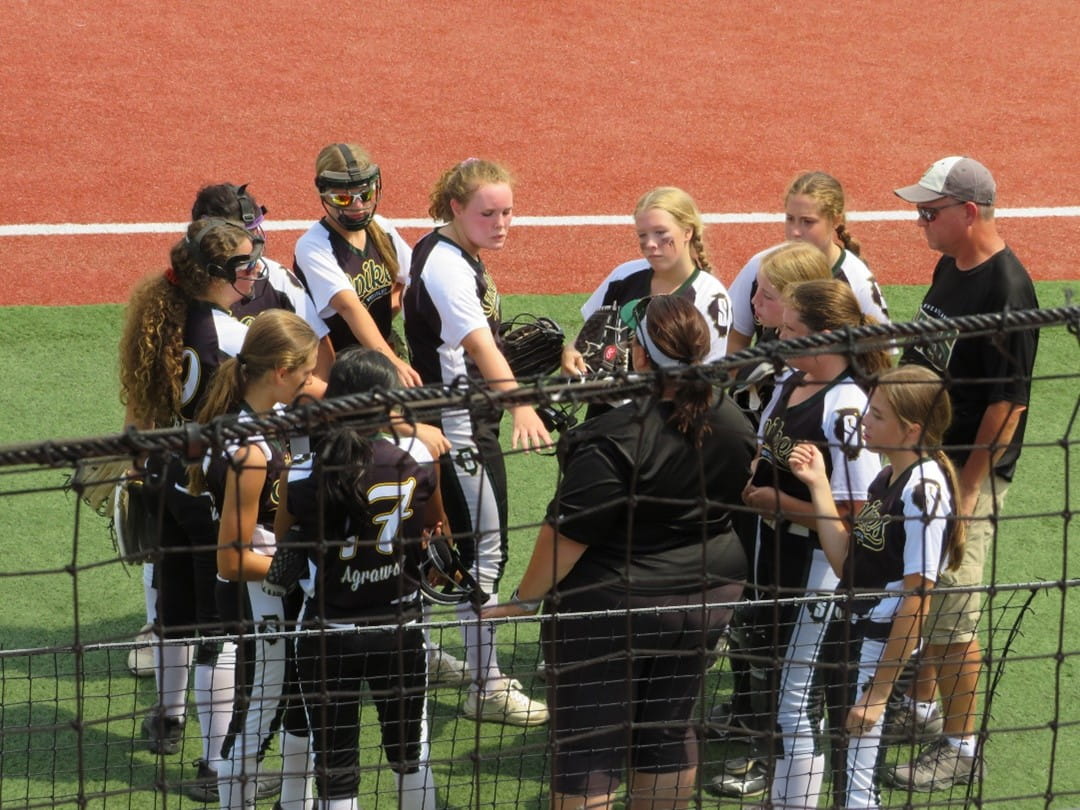 Anna’s mantra is “We is always greater than Me.”

Turn a loss into a win

The players also benefit from the values and work ethic that have fueled Anna’s career trajectory. “We talk a lot about perseverance and resiliency – how to take a loss and turn it into a win, right,” she said. “We say, ‘we don't lose, we just learn.’”

Coach Kooi’s Spikes, however, also happen to have an outstanding record of accomplishment on the field. Last season they were 12U Illinois state champions and over the summer the squad of 11- and 12-year-olds finished as runner-up at the NSA North World Series. This fall has started strong as the now-13U team has beaten 14U teams and already qualified for a spot in next summer’s World Series.

The team also rallies for causes outside of the game. In September for Childhood Cancer Awareness Month, they sported gold ribbons and raised money for St. Jude’s Children’s Research Hospital.

Anna, a proud mom of two girls and two boys, first got involved in coaching in 2008 when her older daughter Ella joined the Naperville Diamonds softball team as a kindergartner. “She wanted to get right in and play. We just skipped right over T-ball,” said Anna, who helped out as an assistant coach on the team from the get-go. 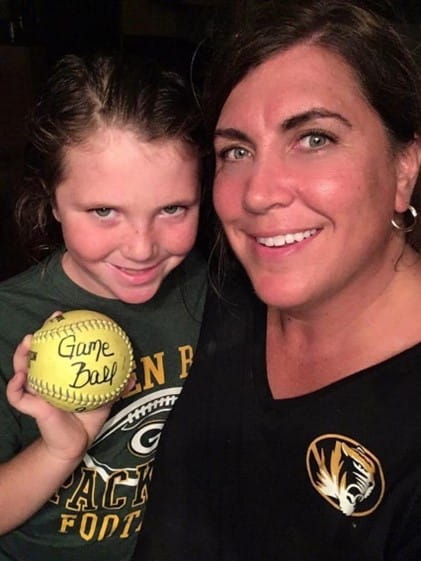 When younger daughter CarliAnn signed up for T-ball eight years ago, Kooi took on coaching roles for both girls’ teams. “That was too much,” Anna conceded. But she has continued to lead CarliAnn’s travel team even as her responsibilities at work expanded.

“The team sees me as their coach, but they know I'm more than that,” Anna said. “The girls are still surprised when I occasionally show up to the softball field in business attire. I share my professional career with the team to help them understand how what they are learning in the game can influence their future self and their careers.”

Anna’s side gig, she pointed out, also contributes to her success at work. “It works both ways,” she said. “I leverage the skills I learn on the field in leading teams at Wipfli and engaging clients in the boardroom.”

Perhaps most telling about Anna’s commitment to softball is the decision she made earlier this year when CarliAnn, now 13, chose to bow out of the sport and, instead, put her extracurricular focus on equestrian competition. Anna remains the Spikes’ head coach, even though her own kids have moved on, with no plans to step down.

“I love the sport,” she said. “And I want the girls on the team to see that following your passion, whatever it is, is always going to help as you go through your career and your life.” 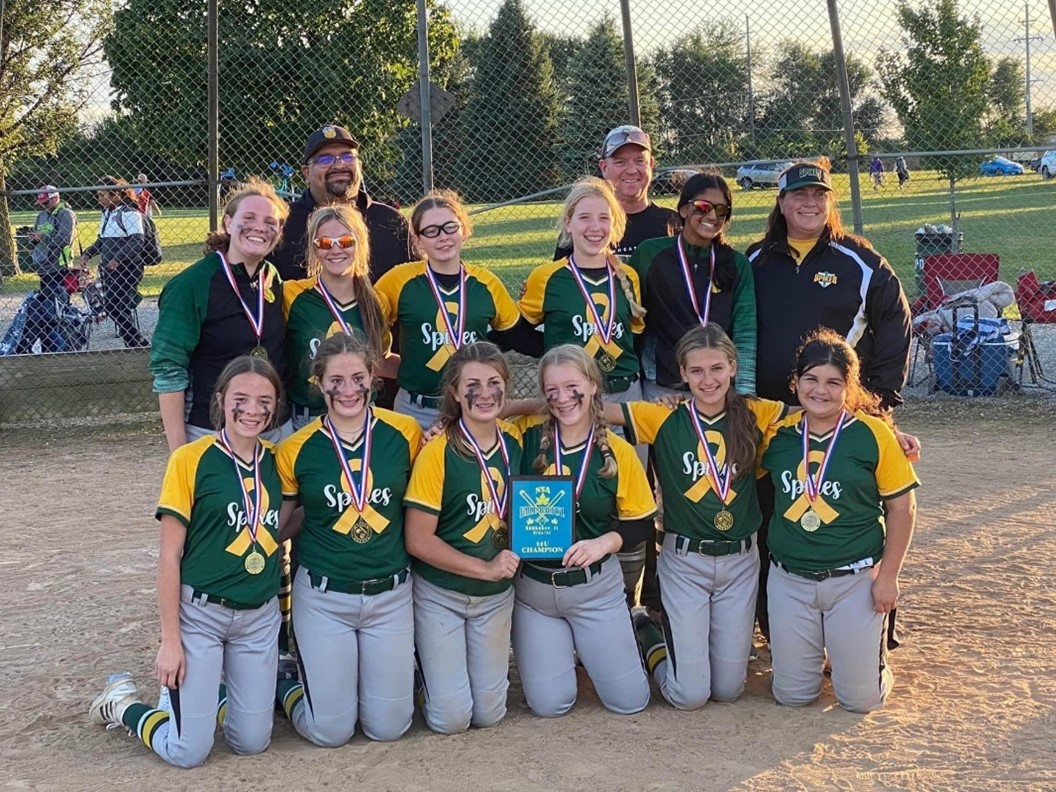 Coach Kooi, far right back row, and the Spikes after a tournament win in September. The team also spent the month raising awareness and funds to fight childhood cancer.