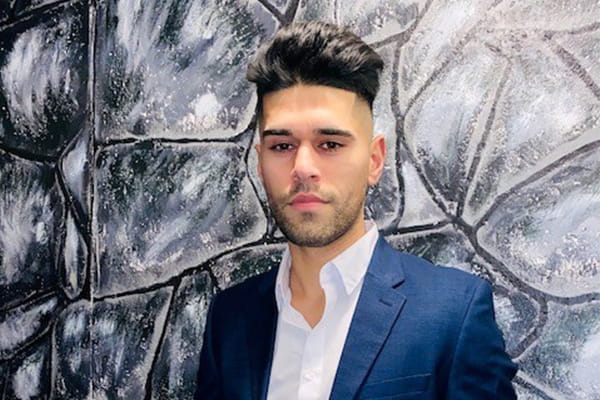 When 36 Afghan refugees arrived in Portland, Maine last fall, Fazal Nabi committed himself to helping them settle in. He got involved with planning fundraisers and clothing drives, finding housing, connecting them to local job openings and just hanging out.

In short, he jumped in and did whatever it took to ease their readjustment to a new life after the trauma of being uprooted when the Taliban reclaimed control of Afghanistan in August 2021.

Fazal, a senior technology consultant on Wipfli’s risk advisory services team based in the South Portland office, says that caring for others in need comes easily, but he acknowledges a more personal motivation for diving in to support his new neighbors: They are literally his extended family.

Six of Fazal’s aunts and uncles plus 30 cousins — ages one to 26 — made their way to Portland between last September and December after a harrowing escape from Kabul on a U.S. military plane that   shuttled them first to Kuwait, and then Washington, D.C., followed by a month-long stay at a refugee resettlement center in Indiana. Their arrival was expedited because Fazal’s mother, Shakeela, happened to be visiting Afghanistan from Maine for the first time in eight years when the Afghan government collapsed. Her U.S. passport enabled her to bring family with her.

When the first group of seven arrived in Portland, they spent their days with Fazal and his immediate family at their home and slept at a hotel arranged by Catholic Charities. But Fazal immediately took charge of finding them a permanent place to live. He scoured Facebook Marketplace and other sites during his free time and asked anyone he knew for leads on affordable apartments.

Results came quickly: Within three weeks, the family was settling into a new place that fit their budget within 10 minutes from Fazal’s home. 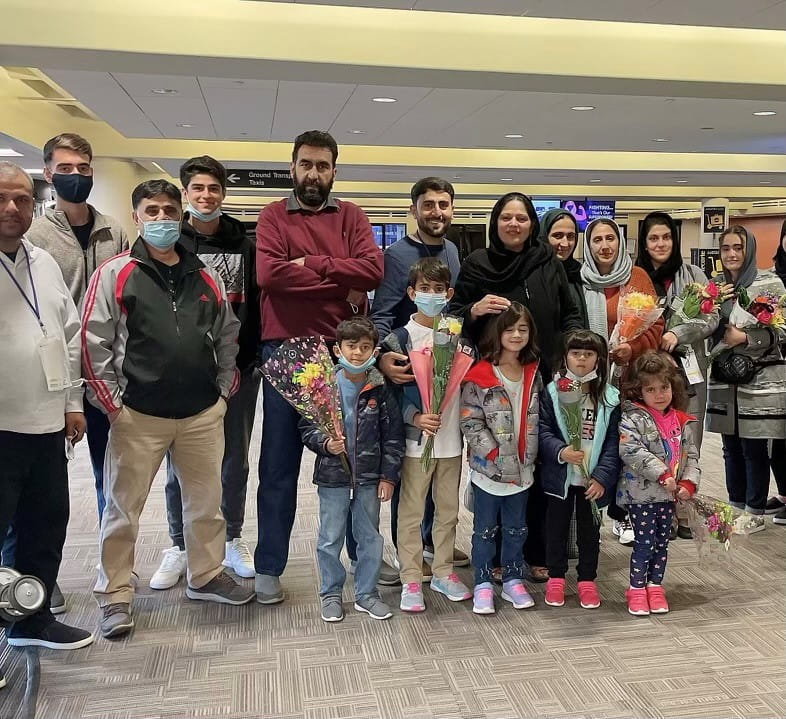 The second group of Fazal’s relatives arrived in Portland in October. to start their new life. They were greeted at the airport by the first group who’d arrived a few weeks earlier.

He did the same for the other clusters of relatives who made their way to Portland over the subsequent months. His efforts, which went beyond housing, also generated support from Fazal’s Wipfli teammates.

Fazal’s colleague, Durward Ferland, a risk advisory services leader, created a clothing drive through Facebook, in addition to the one Fazal set up. More than 50 people donated, including five of Fazal’s Wipfli colleagues. “The response was great. I really appreciate the Wipfli team. My family arrived with little more than the clothing on their backs,” Fazal says. “And there was enough clothing for everyone.”

Durward also set up a fundraiser for the new arrivals through the local boxing club, where Wipfli often holds business development events, which brought in gift cards and toy donations for the children.

In addition, a GoFundMe page Fazal and Durward created yielded $3,500, which the families used to buy appliances, bedding, baby supplies and other items for their apartments. 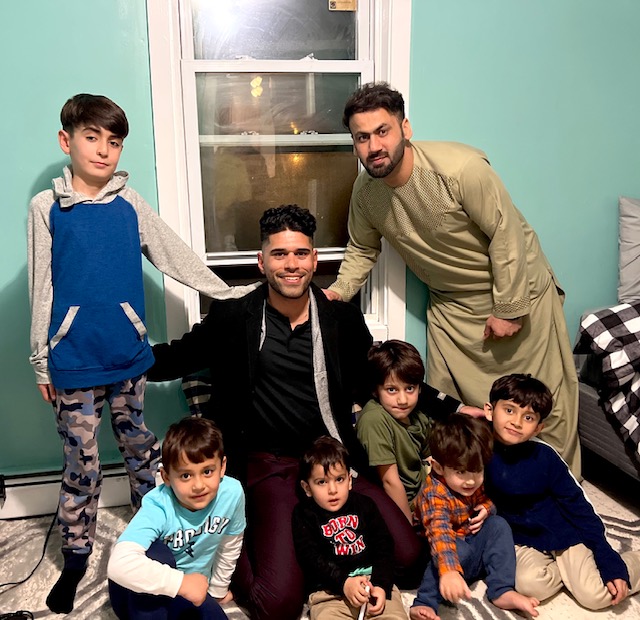 Fazal aims to be a strong role model for his young cousins.

Fazal also helped more than a dozen of his cousins — teens and young adults — find jobs by talking to prospective employers about their situation. Some speak English well and others have limited ability. Seven now work at McDonald’s and six at a grocery warehouse. “By keeping them together, it’s easier for the ones who are fluent in English to help those who aren’t,” Fazal. “It worked out well that they could work in groups together.”

He also aided three of the families in finding and purchasing cars. “I served as a negotiator and translator when we found what they needed — two used minivans and a Ford Explorer for their large families,” he said.

Fazal’s unwavering dedication to family align strongly with the values of caring and teamwork that are hallmarks of Wipfli culture.

The help that Fazal’s immediate family, who include his three younger siblings and parents, have offered the new arrivals since last fall has been life-changing for them all. “We went from being just the six of us here, to suddenly 42 family members together,” says Fazal. “It’s amazing.  Everyone is very excited and feeling fortunate based on what happened (in Kabul). No one would expect in a million years that we’d all be here. It’s usually hard enough for one person to bring one family member over.”

He’s been deliberate in sitting down with many of his young cousins to discuss the importance of education and setting goals. “They are proud of what I have been able to do in my job. And I tell them they need to have an objective in mind and work hard in order to succeed,” Fazal says. “I want to be an example for them. It would be exciting if they keep achieving, and one day, some might be able to become valuable professionals at our firm.”

The Nabi family put down roots in Portland when Kabul-born Fazal was four months old, and through the years stayed as close as they could to their overseas relatives via phone calls, texts and Zoom. With so much recent attention on Russia’s war on Ukraine, it can be easy to lose sight of the earlier, enduring Afghan tragedy.

“It’s so sad to see what’s going on in Ukraine, with so many innocent people being killed,” Fazal says. “And of course, I think about Afghanistan. It’s still a dangerous time with a humanitarian crisis continuing there. There’s barely any work, food is hard to get. We send money to help people who are still there. We try to assist the best we can.”

Fazal notes that Portland is home to a diverse array of immigrant communities from Armenia, Somalia, various Latin American countries, in addition to Afghanistan, and most find it to be a welcoming place.

A passion of Fazal’s in his free time is soccer. His father, Mohammad, played and coached in the U.S. and overseas, and encouraged his son in the sport soon as soon as he could walk. By age 8, Fazal was playing in adult leagues, and he never stopped competing. Today, he still plays in two leagues in his free time. His primary team is based in New York, and they travel to major tournaments around the U.S and internationally. 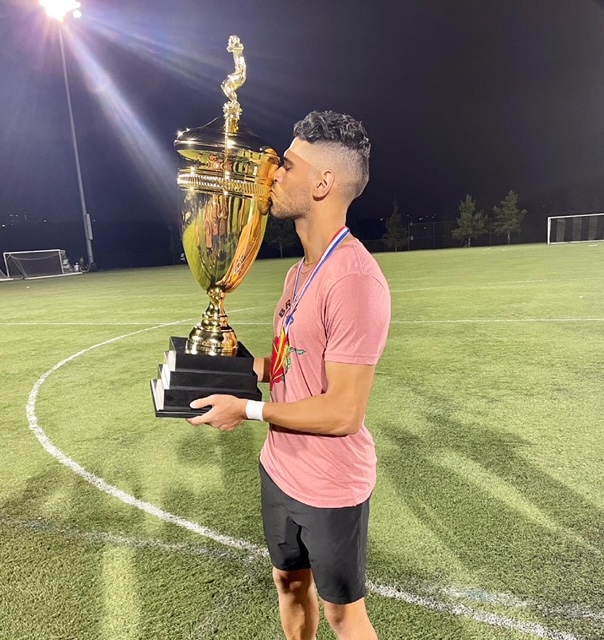 In his senior year of high school, Fazal was named Gatorade High School Soccer Player of the Year, a national accolade recognizing athletics, academics and character. Only one soccer player in each state receives the honor. “From a very early age, I learned that succeeding is not a ‘me’ thing,” he says. “We have to work together to complete anything.”

Fazal went on to play soccer on a Division 1 scholarship at Providence College in Rhode Island and later the University of New Hampshire, where he transferred as a junior. After college, he played on pro soccer teams in Washington, D.C., and in Europe.

After returning from playing abroad, Fazal spent a short time as a business analyst and on an IT help desk in Virginia; he then headed back to Maine as technical specialist at a biotech company. “I wanted to be there for my brother growing up and to look after my sisters. Being the oldest child, it feels like they are my responsibility,” says Fazal, now 29.

In 2019, he was hired as a technology consultant at Wipfli where he specializes in SOC and IT audits for financial institutions. Thanks to financial backing from Wipfli, he became a Certified Information Systems Auditor, which has propelled his career. “It’s a difficult exam, and I studied hard and passed the first time,” he says, adding that the moral support he received from his Wipfli colleagues in Maine and elsewhere made this achievement possible.

“This kind of support is a very important firm value,” he says. “The certification has helped me engage with other professionals and clients and customers on behalf of Wipfli in the best way I can,” he says. “I’m always looking for opportunities to grow. And the team I’m on makes this possible.”

In his first six months on the job, Fazal had client meetings in New York, Toronto and Minnesota, but most of his auditing work went remote at the onset of the pandemic. He says he relishes the chance to travel and is looking forward to a return to more in-person client engagement. “It’s good for business to build those face-to-face relationships. But whether it’s remote or in-person, I’m always focused on making sure the client has a fulfilling experience with us.”

Fazal has never been one to look for shortcuts. He prides himself on giving his all, whether it’s with his Wipfli teammates, his soccer teammates or his team for life: his close-knit family of 42 — and counting.

“Whatever it is in life, I don’t take on something without being one of the hardest working people,” he says. “I look to this quote to help guide the way: ‘Talent without hard work is nothing.’”

But when you work — and care — as much as Fazal does, the impact you have on others has no limits.