Looking the other way is never an option for Wipfli and our associates when a humanitarian crisis of the magnitude of Russia’s invasion of Ukraine seizes the world’s attention. Wipfli Managing Partner Kurt Gresens and other firm leaders provided a forum where associates could share whatever was on their mind about the devastating images and accounts unfolding on our screens.

About 1,000 associates — one-third of the firm — came together six days after the initial incursion for an hourlong online conversation to share their shock, fear, sadness — and desire to help.

“I focus on the humanitarian side of what’s going on, and I know there are a range of emotions and personal connections that people have,” Gresens said. “The people of Ukraine are taking incredible personal risks that are almost unimaginable. I also think of the Russian people and the impact of the U.S. sanctions. They didn’t choose this. It’s sad. It’s not right. It’s complex.”

Gresens had a ready reply to the multitude of impassioned comments asking how they could support relief efforts. In a testament to Wipfli’s core values of caring, teamwork and perseverance, he announced that the firm would match up to $25,000 in associate and partner contributions for emergency assistance in Ukraine. At the same time, he invited associates to suggest charitable organizations equipped to make a meaningful impact that the firm could coordinate with.

The enthusiastic response was immediate and overwhelming.

Within days, donations from Wipfli associates exceeded $25,000. And the firm, with support from the Wipfli Foundation, enhanced their offering with an additional $20,000 in matching funds.

“All of our core values really come into play here. I was moved by the conversation and the outpouring of support,” Gresens said in a follow-up message to the firm.

Associates throughout the firm were passionate in describing their motivations for donating. “It’s important that we as an organization stand with people who are in favor of justice and kindness and who are opposed to things that are not equitable or not fair,” said Dean Roder, director of alliance management in the Milwaukee, Wis., office. “I’m glad to work at a firm that wants to make the world a better place. And this effort makes me feel more connected to the people here.”

Stephanie Smith, senior business developer with the Reston, Va., office likes being able to make a bigger impact through Wipfli’s matching donation. “You always wish you could do more and that things were different. But at least this was an opportunity to do something that showed that people care about what's going on over there,” Smith said. “It makes all the difference in the world to work at a firm that cares about more than the day-to- day work. Leadership encourages and empowers the caring culture of the firm.”

The Ukraine donations were the second emergency effort that the firm has rallied behind in recent times. Wipfli associates contributed nearly $50,000 last spring to support economic needs in the face of surging COVID-19 cases in India through the Right to Live fundraising platform. This amount was on top of the $25,000 gift already announced by the firm.

The outpouring of support for Ukraine a year later reavows that generous spirit.

“Watching the horrific news in Ukraine left our family feeling like we wanted to contribute quickly to the humanitarian support. We were thrilled that our donation would be matched by the firm and the Wipfli Foundation,” said Lauri Roberts, a tax partner in the Twin Cities office. “I am proud and inspired to be a partner at Wipfli where we find opportunities to come together and support communities in need.” 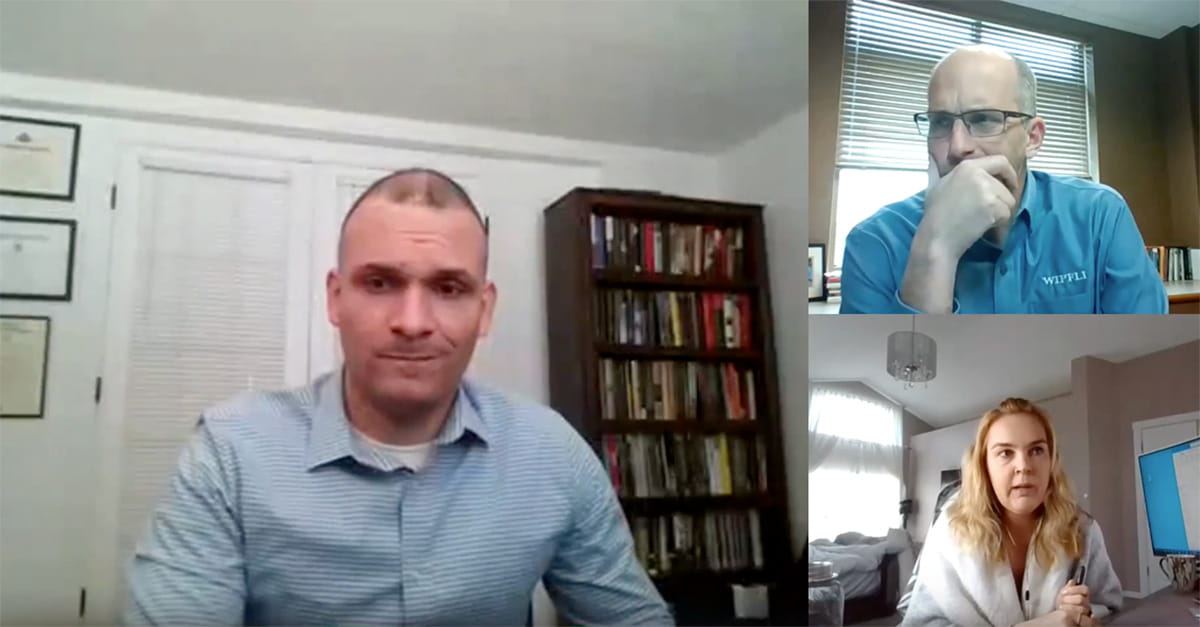 One Wipfli associate who felt the traumatic impact of the crisis more personally than most is Kristina Paer, who emigrated from Ukraine to the U.S. when she was 15. “It’s heartbreaking to see all the footage. I have family there and I know they’re hiding inside buildings,” Paer told her colleagues during the firmwide call. “Some were able to leave at the beginning of the war, and some I can’t get in touch with.”

The senior accountant in Wipfli’s Lincolnshire, Ill., office was surprised and deeply appreciative of the generous financial and emotional assistance.

“It was very touching,” Paer said. “When I talk with my friends who work in other places, I haven’t heard of any other companies that came together in such a big way.”

But Wipfli wouldn’t have it any other way. “When difficult things occur in the world, we can be the kind of firm that looks out the window and ignores it, or leans into the knowledge that people bring their whole selves to work. We are committed to authenticity,” said David Romero, director of diversity, equity and inclusion, who moderated the firmwide conversation “The caring at Wipfli is at a whole other level.”