How the Biden tax proposals might impact your real estate business: Part 1

Ever since the Tax Cuts and Jobs Act (TCJA) was signed into law in December of 2017, taxpayers have been dealing with what feels like a nonstop onslaught of individual and business tax law changes.

With the new administration, there are likely more changes on the horizon. Between the American Jobs Plan and the American Families Plan, the Biden administration has proposed numerous tax changes to pay for infrastructure, environmental and social spending priorities. Those changes would, among other things, increase the top individual and corporate tax rates, eliminate favorable capital gains rates, overhaul the taxation of U.S. multinationals, increase the imposition of estate tax and eliminate perceived “loopholes” that are viewed as primarily benefitting the wealthy.

As is the case with all income tax proposals, there is a benefit to be gained from being aware of the changes that are being proposed. Wipfli has previously published a general discussion on the Biden tax proposals. This two-part article will specifically address those proposals that would significantly impact the rental real estate industry, as well as the likelihood of various proposals becoming law and the potential effective date of any changes.

By having an awareness of these proposals, taxpayers can begin to strategize if and how they can minimize their negative impact and possibly even identify potential planning opportunities.

Sec. 1031, which has been around since 1921, allows taxpayers to avoid paying tax currently on the gain from the sale of qualifying property if they roll their proceeds from the sale into like-kind property within 180 days.

The avoided tax is generally deferred, not avoided completely, because the taxpayer is required to reduce their tax basis in the replacement property by the amount of the gain reinvested, so the gain will ultimately be taxed upon the subsequent sale of that replacement property.

However, many real estate investors sometimes continue to exchange properties under Sec. 1031 until their death, at which point the decedent’s tax basis in the replacement property would be stepped-up to fair market value and the previously deferred gain could be avoided completely. (However, see the discussion regarding the proposal to reduce or eliminate the step-up in tax basis at death, eliminating the benefit of the “hold-until-death” strategy.)

Here’s what to know:

Reducing or eliminating the step-up in basis at death

Currently, the tax basis of property that a taxpayer owns is stepped-up to its fair market value upon the taxpayer’s death. This step-up allows a beneficiary who then inherits that property to immediately sell it without recognizing any taxable gain or paying any tax on that sale.

If the beneficiary instead holds the property for a period of time, only the portion of the ultimate gain on sale that is attributable to appreciation which occurred after inheritance will be subject to income tax.

The American Families Plan calls for the elimination of this step-up in tax basis for gains of $1 million or more ($2 million or more for married taxpayers filing jointly).

TCJA introduced a 20% deduction for owners of pass-through entities (partnerships, LLCs, S corporations, and sole proprietorships), as well as 20% of qualified REIT dividends. Special rules were put in place to allow owners of rental real estate partnerships to qualify for the deduction, allowing the inclusion of fixed assets in the computation of the limitation on the deduction for higher-income taxpayers, not just W-2 wages.

The Biden campaign proposed ending those special qualifying rules, as well as to allow only taxpayers making $400,000 or less to claim the QBI deduction. This proposed change would effectively increase the top tax imposed on such qualifying business income from its current 29.6% to 39.6%

See part 2 of this article for a discussion of the proposed increase in capital gains rates, the taxation of carried interests at ordinary income tax rates, the limitation on the deduction of business losses and the potential effective date of any proposals that actually do become law. 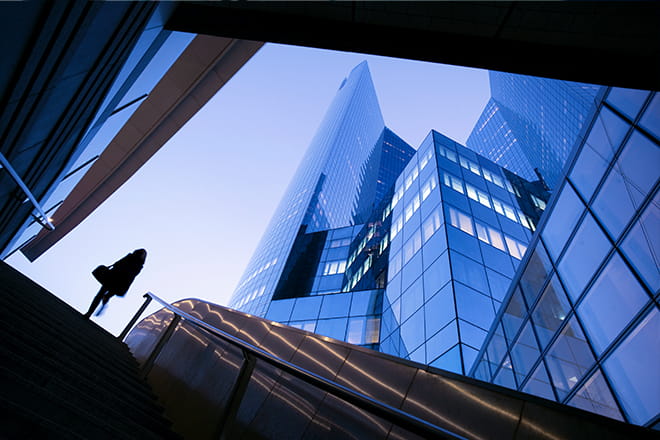 Get green by going green
01/19/2023
By: Teri Samples, Steven A. Barnes...
Notice 2022-61: Prevailing wage and apprenticeship requirements for energy credits and incentives
12/05/2022
By: Andrew Seifert
How you can claim the Inflation Reduction Act’s green building tax incentives
08/22/2022
By: Teri Samples
Read All Wipfli Insights