The USDA’s interim final rule directs the USDA to create a national database of licensing-related information about hemp growers. However, the database will only be accessible to law enforcement.

Giving bankers access to this database is an important part of managing the risk involved with hemp customers. It is especially important for institutions whose customers span across state lines, such as large farming operations that may be situated in more than one state.

Due to the surge in hemp farming nationally, many state-run testing systems have been overwhelmed. With strict requirements on the manner and timing of testing, demand for laboratory testing capacity and personnel has far exceeded the supply.

The ABA recommends the final rule allow for alternative means of testing, rather than requiring testing only in DEA-registered labs. It also recommends the 15-day window for testing be expanded.

The ABA also asks the USDA to clarify ambiguities in the legal status of hemp when traveling in interstate commerce and when it tests above the 0.3% limit. Each of these questions impacts bankers’ ability to manage and mitigate risk.

On January 9, the ABA published its letter to the Senate Banking, Housing, and Urban Affairs Committee Chairman Michael Crapo.

In the letter, the ABA advocates for the “narrowly tailored bipartisan solution” in the SAFE Banking Act. The bill, it argues, “eschews broader questions of cannabis regulation policy and instead focuses on the immediate practical needs that communities, law enforcement and banks face today.”

Financial institutions considering new customer relationships with marijuana-related businesses and other related entities involved in hemp and CBD oil should actively monitor the legal and law enforcement approach in their states. They should consider the costs of the customer relationships, including the additional resources required for monitoring these potentially high-risk customers.

Wipfli can assist your financial institution in implementing a risk-based monitoring program for MRBs and other high-risk entities. 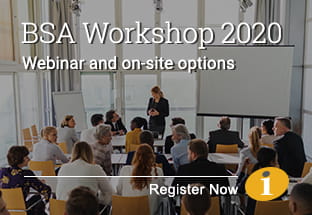