<   Return to Success Stories
Scott Construction Inc.
Steve Heiser, Director of Finance
“The Wipfli team is always presenting new ideas to give us better tools. We’ve collaborated with them for many years now, and they are there for us whenever we need them, whether it’s supporting new technology implementations or brainstorming ways to simplify our business and improve processes. Our relationship is one built on trust and transparency.”

Founded in 1926 and headquartered in Lake Delton, Wisconsin, Scott Construction Inc. (SCI) works with over 700 towns, villages, cities and counties in Wisconsin and its surrounding states to maintain their asphalt and road systems.

Because SCI views technology as a critical way to help grow its business and maximize revenue in a small-margin industry, the company has worked with Wipfli for over a decade. SCI had two main goals for its most recent project with Wipfli. The first was better communication with its crews out in the field so it could determine job factors such as if the right materials were being used in the right amounts. If they weren’t, the company needed to be able to save money by rerouting extra material to other job sites.

The second goal was eliminating the time sales managers spent driving across Wisconsin to solve issues with equipment or sitting in the office troubleshooting field crews’ technology problems instead of focusing on their core priority: selling.

To accomplish both these goals, Wipfli migrated SCI’s technology system to the cloud. The benefits of a cloud migration include enhanced organizational flexibility and scalability, rapid resource provisioning and a lower cost of ownership. SCI’s cloud migration provided the company with much-needed visibility and reliability, making it easier to deploy technicians to fix equipment, manage projects and provide crews with the information required to produce a superior product without wasting resources.

Wipfli also delivered a system that did more than just gather information such as timesheets and asphalt amounts. The system now provides data and analytics visualizations that show each project’s status and even compare it to other projects, allowing SCI to improve decision-making and project-management.

WHAT WERE THE RESULTS?

By using a system that leverages cloud technology, SCI has reduced its overall footprint and the time spent on administration — even saving an entire day’s worth of work every week! Sales managers are now able to focus on their main responsibilities, while field crews get the information they need no matter how remote the location they’re working at.

Saving an entire day per week is an enormous accomplishment, and SCI has filled the time with renewed focus on growing its business. To Steve Heiser, SCI’s Director of Finance, “The time difference looked like it never existed!” With a smooth migration complete, SCI now looks toward obtaining even more data analytics and insights through the system. 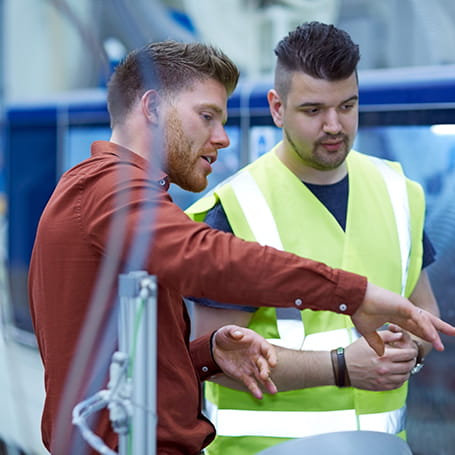 Fox Converting teamed up with Wipfli to improve IT infrastructure, saving time and money.