Quiz: Are You Smarter Than a Fraudster?

Occupational fraud is defined as “the use of one’s occupation for personal gain through the deliberate misuse or theft of the employing organization’s resources or assets."1 In other words, individuals use their positions to find and exploit weaknesses in an organization’s controls in order to profit in some way.

Also referred to as workplace fraud or simply asset theft, occupational fraud is a daily risk and an expensive problem. The Association of Certified Fraud Examiners (ACFE) estimates that the typical organization loses 5% of revenues annually as a result of fraud. In 2016, total losses caused by the cases studied exceeded $6.3 billion, with an average loss per case of $2.7 million.

Given the enormity of the risk and costs and the prevalence of its occurrence, how fraud savvy do you believe you are? Could you identify fraud by way of suspicious behavior? How much do you know about the circumstances surrounding fraudulent activity?

Let’s start by taking this short quiz to determine whether you can outsmart a fraudster.

In 92% of fraud cases reviewed, at least one common behavioral red flag was identified. In 64% of cases, two or more red flags were identified.

To reduce or avoid losses, organizations should learn to recognize a few warning signs. These red flags can be categorized into situational, opportunity, and characteristic variables or influences that can potentially result in fraud.

Situational red flags include employees with high personal debts or losses, those living beyond their means, and individuals with gambling, alcohol, or drug abuse problems. Such situations can present a strong motivation to steal. Indeed, a great many fraud cases are committed in order to meet personal financial obligations, particularly ones that have spiraled out of control.

Opportunity presents another temptation. Often, small businesses invest far too much trust in key individuals without instituting the necessary balance of controls. Opportunity red flags can include dominant employees who are intimately familiar with operations and those with close supplier or vendor associations.

Lastly, character traits can also serve as red flags. Studies have shown that employees who engage in workplace abuse such as excessive absenteeism, pilfering, and goldbricking are at higher risk for committing fraud.

All Kinds of People

Clearly fraudsters have many faces and backgrounds, and there’s no such thing as a typical perpetrator. Despite the wide variety of traits and behaviors, there are genuine patterns and authentic trends that can help organizations become more aware of and responsive to fraud.

Consider these profile facts uncovered by the recent ACFE report:

To sum up, your biggest risk is from employees who are longer tenured, more experienced, better educated, and more trusted. Just the kinds of employees you want and value! It’s easy to see why spotting and preventing fraud is such a difficult and ongoing challenge.

All Kinds of Schemes

Among the three categories, asset misappropriation is most prevalent, representing 83% of fraud cases reported in 2016. The median loss for victim organizations in these cases was $125,000. In contrast, fewer than 10% of cases involved financial statement fraud, but such cases had the greatest financial impact, with a median loss of $975,000.

There’s no doubt that occupational fraud schemes are extremely costly. Overall, the median loss reported in the most recent ACFE study was $150,000. Just under one-quarter involved losses of $1 million or more.

Some common examples of fraud schemes across various departments include:

Clearly, having a fraud prevention program and proper internal controls is vital, as the ACFE report bears out. When fraud was uncovered through active detection methods such as surveillance and monitoring or account reconciliation, the median loss and median duration of the schemes were lower than when the schemes were detected through passive methods such as notification by police or accidental discovery.

And yet smaller organizations continue to have significantly lower implementation rates of antifraud controls than large organizations. This gap in fraud prevention and detection leaves small organizations (those with under 100 employees) extremely susceptible to fraud that can cause devastating damage to their limited resources.

Fraud risk management requires several fundamental factors, the first of which is having proper internal controls. Among them are:

These are just the building blocks for developing an effective antifraud strategy. Recognize the harsh reality that fighting fraud is difficult and time consuming but necessary. Get expert help with extra vigilance and targeted strategies whenever you need it.

12016 Association of Certified Fraud Examiners, Inc., Report to the Nations 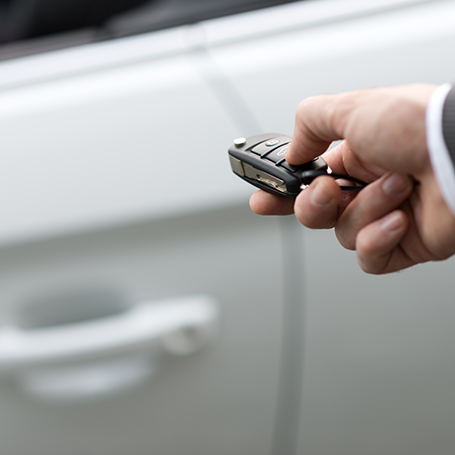 Wipfli’s external and internal vulnerability assessments put dealership confidently back in the IT security driver’s seat.