How construction and real estate firms can take advantage of blockchain

Fourth in a four-part series on technology in construction and real estate. Read the rest of the series:

Part I: The technology tools needed to be competitive
Part II: How to optimize basics in client relationship management (CRM) tools
Part III: The return of prefabrication

Most of the buzz about blockchain has centered on the financial industry, but that is going to spread to the construction and real estate industry — and a lot sooner than you might think.

In fact, three different blockchain business use cases for the construction and real estate industry are on the horizon.

We tend to think of blockchain as still being this far-away technology (aside from its cryptocurrency applications), but smart contracts, which employ blockchain technology, really aren’t so far away. And because the single biggest expense in any litigation dispute is the cost of discovery — gathering the real data and contracts to support the case — blockchain could have a huge impact in reducing that cost for the construction and real estate industry (more on this later).

First, we need to break this down. Because blockchain is an immutable database/ledger, it can be utilized to store information, safeguard it from being lost and prevent it from being tampered with. Smart contracts on blockchain can be used to code the terms and conditions of a construction project across multiple systems and contractors, with the added ability to self-execute on these terms and conditions.

For example, say an electrical subcontractor is supplying switch gear and electrical equipment to the project. If they were required to tag the equipment with an RFID as it is shipped from the manufacturer, it could be tracked as it is delivered and stored. A smart contract allows for payment of the switch gear upon receipt and inspection approval at storage, and then allows for payment for the switch gear being moved from storage, installed and signed off by an inspector.

The start and finish dates for both these activities are incorporated in the smart contract. If the electrical subcontractor doesn’t meet these dates, the smart contract records a flag in the blockchain, upon which the self-execution of the terms can be triggered. Delays to follow-on activities are documented in the blockchain data base. The expense analysis of schedule impacts is already documented in blockchain, eliminating the need to comb through voluminous project records.

Because blockchain stores all the information involved in a project and the smart contract notes progress, this creates a single source of truth across all parties involved in the construction project, which has multiple benefits, including that cost reduction mentioned above.

First, plenty of data on construction projects gets misfiled, misplaced or even lost, leaving big gaps in the records and allowing for costly litigation to sort out the facts. Blockchain can be designed to keep track of all this information, and secondly it can integrate the data so that bits and pieces of information aren’t floating around on disparate systems (and potentially getting lost).

Third, with the single source of truth it provides, blockchain could drastically change claims and litigation in the construction and real estate industry. How many projects has your firm seen face some form of contract dispute or litigation? Even minor challenges involve costly lawyers and accountants to resolve a case.

But blockchain — and smart contracts, specifically — presents all the information necessary to show the truth of what occurred. No one can question the facts because they’re stored in an immutable ledger that can’t be manipulated. Because of this, the two parties will be much more likely to go through arbitration to resolve disputes, and it will happen much faster.

Tokenization is something real estate companies are very excited about. In its simplest form, tokenization breaks down the ownership of an asset into digital tokens. The real estate industry is interested in tokenization because companies could use it to leverage existing holdings without going through an IPO, and to raise capital for new projects.

This is because with tokenization, billions of dollars in real estate holdings could become liquid and come into the secondary market, providing much wider access to the public. Right now, there are a lot of government regulations excluding retail investors from riskier assets such as venture capital and private equity. With wider access via tokenization, plus appropriate regulations, people wanting to invest in these riskier assets could potentially do so.

You could say tokenization is basically here, but it really needs regulators to come in and put some type of guardrails into place to protect investors before it’s truly ready. Tokenization started with initial coin offerings (ICOs), which set off a craze but unfortunately resulted in a lot of fraud. The U.S. Securities and Exchange Commission (SEC) even created a dummy ICO site to show people just how easy it is for criminals to put an ICO together and defraud the average investor.

Now we have securitized token offerings (STOs), which is the tokenization we’re referring to as having great potential for real estate firms. With proper regulations in place, both investors and real estate companies are primed to benefit from tokenization.

We’re in the digital age, so why is it still so time-consuming to transfer a property title to a new owner? Sure, it’s serious business buying a house or another piece of property, but it really doesn’t need to take so long, does it?

However, blockchain’s definition as an immutable single source of truth makes it possible to transfer titles much faster, because the process of buying and selling a house can take place over blockchain, and because all the elements involved in doing so are completely trustworthy. Like with smart contracts, the information about the house is stored there, and the conditional clauses (like passing the property inspection) are explained and tracked. You can even pay for the house via blockchain, thus initiating the digital title transfer. Blockchain means far fewer (and potentially zero) defects in the title information, far fewer claims and a far faster process of transferring a title.

What can you do with blockchain?

Need to learn the basics about blockchain? You can get the answered to common blockchain questions — from what it is, to common misconceptions about it — in our blog here.

Want to start preparing for blockchain?

You don’t have to wait and see how blockchain evolves and disrupts your business. You can start building a proof of concept to learn more about how to can leverage blockchain technology.

Contact us today to see how you can tap into our experience with blockchain proofs of concept, as well as Board and leadership education about blockchain and its potential applications. 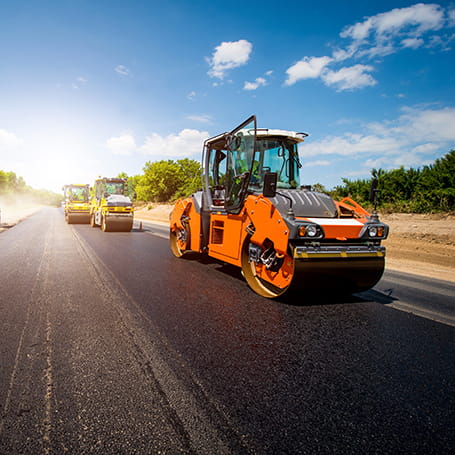 The Wipfli team is always presenting new ideas to give us better tools. They are there for us whenever we need them, whether it's supporting new technology or brainstorming new ways to simplify our business and improve our processes.