Agriculture is an industry impacted by many factors, including weather, production cycles, economic cycles, technology, government programs and trade policies. Earlier in this decade, Net Farm Income was more than $120 billion according to the USDA.[1] Since then, due in large part to robust production volumes, the prices of several commodities have decreased significantly the past five years.

Forecasts by the USDA indicate Net Farm Income in 2018 will decrease by $9.1 billion or 12.1% to $66.3 billion after increasing by $13.8 billion or 22.5% in 2017. The reduction of profitability is being driven by a decrease in farm cash receipts of $6.1 Billion and an increase of total production expenses of $14.8 billion. Net farm income has been declining four of the past five years. In view of these trends, managing and reducing production costs as feasible will continue to be key to profitability going forward.

The USDA is projecting farm sector equity and assets to decline slightly when adjusted for inflation. Of concern is the expectation that working capital levels, a key measure of an operation’s ability to meet financial commitments, will decline by 31% in 2018.[2]

Concerns over trade remain a significant factor in the industry, particularly with soybean producers. Trade issues have resulted in a significant decrease in soybean exports and prices over the past year. However, there’s been some recent movement creating fresh optimism in the ongoing trade negotiations with China, as the deadline has been extended to reach an agreement. China has recently agreed to purchase 10 million metric tons of U.S. soybeans, and has also agreed to purchase $30 billion in other U.S. energy and ag products (including wheat and corn). While this does not bridge the entire deficit, if it comes to pass it will have a positive impact.

Although nationally Net Income is expected to decrease in 2018, certain grain operations in the Midwest are expected to have improved profitability in 2018. This is due to exceptional yields, opportunities to price grain at higher prices last spring and “Market Facilitation Program” payments by the Federal government that are expected to add a significant amount of income for soybean producers. The Income outlook for soybean producers is not as favorable for 2019 due to increasing production costs and lower soybean prices.[3] The impact of technology shouldn’t be overlooked, with mechanization facilitating the planting and harvesting of crops at high rates of speed. In addition, enhanced seed genetics appears to be positively impacting crop yields and drought tolerance.

Beef production is expected to increase by 3.3% from 2018 to 2019. Product demand has been exceptional, driven in part by export volume that is projected to increase to 3.3 billion pounds in 2019. Finished cattle prices are expected to move higher in the first half of 2019.[4]

Significant declines in the price of milk since 2014 have presented profitability challenges for the dairy industry. The profit margin per cow was a negative $437 in 2016 and a negative $60 the next year according to one university report.[5] Milk prices are expected to be lower for 2018 and 2019, resulting in negative profit margins for dairy producers. Trade disruptions and retaliatory tariffs against U.S. dairy products from key importers have also had an adverse impact on product demand for the industry. A quick and favorable resolution to the current trade issues would be especially beneficial for the industry.

A favorable trend in the industry is the relative stability of farm real estate prices despite economic stress as described above. The 7th District of the Federal Reserve Bank, which encompasses parts of four states in the Midwest and the entire state of Iowa, reported an increase of 1% of farmland values vs. the prior year in a report released in November of 2018. The report did cite a decline of real farmland values since the third quarter of 2014.[6] A report released by Iowa State University in December of 2018 indicated a decline of 0.8% of farmland values that year.[7]

The one constant in the industry is change. Skillfully navigating the changes, many of which represent profit margin compression in the production of several commodities, will continue to be key to success of farming operations.

While 2019 is projected to have a lot of challenges, you don’t have to go it alone. Wipfli’s agribusiness professionals are ready to help you minimize the negative impact that these challenges may bring. Contact us today — we’re here to help you. 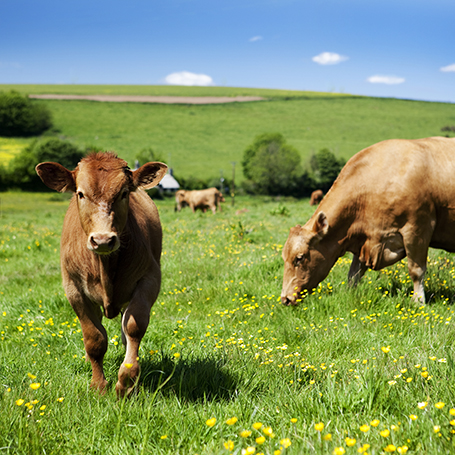 By confidently turning the audit process over to Wipfli, Accelerated Genetics’ management could maintain focus on day-to-day responsibilities and add to its cash flow with some unexpected audit results.