Do you have a plan?

My daughter came home this weekend for a visit, and we were reminiscing about some of the vacations our family has taken. We have been to places like England and Ireland, Mexico, Florida on spring breaks, cruising the Caribbean, and several other trips in the United States. One of the most memorable, though, was a trip we took several years ago to Niagara Falls — but probably not for the reason you might think.

We spent a couple of days at Niagara Falls, taking in the sights and touristy things. On the way back, we stopped at a park in Canada where you could actually drive your vehicle through a “zoo” where they had wild animals that would or could come right up to your car. Driving in the middle of a herd of bison, having monkeys sitting on your side mirrors and having giraffes coming up and trying to stick their heads in the windows to see if you had food was neat, but still not the lingering memory of the trip.

We decided to head back a day early, and on the way back I suggested that rather than going straight home, we head up to Mackinac Island, since the kids had not been there. So we headed north on a Friday night and after a few hours started trying to find a hotel. After about the 10th stop, a man at the front desk of a hotel told me that there was not a hotel to be found with a vacancy within 200 miles, so we should think about getting comfortable in our car. He said the parking lot was lit and had 24-hour security, and we could bring the kids in to brush their teeth and use the bathroom down the hall. So that’s what we did.

If you ever have tried to have two adults and four kids stretch out in a mini-van, you probably know what type of night we had. As could be expected, five of us could get comfortable, but there is always that one who can’t. In any event, we made it through the night and headed north in the morning. Everything was fine, and I actually felt reasonably refreshed (until I was reminded that I was wearing the same clothes I had on yesterday!). We made it to Mackinac and had a great day.

While our trip actually worked out overall, the lack of a plan obviously caused me some anxiety, since there was no way I was going to be able to keep driving all the way home that night. Since that time, we try to plan our trips a bit better. It should not have taken us an event like this to know that good planning is important to avoid disaster.

Does your institution think ahead and plan appropriately? While you may know where you are going, is your plan laid out such that you won’t have to “spend a night in the car”? If not, or you are not sure, call your Wipfli Relationship Executive, and he or she will help you avoid some of that anxiety. 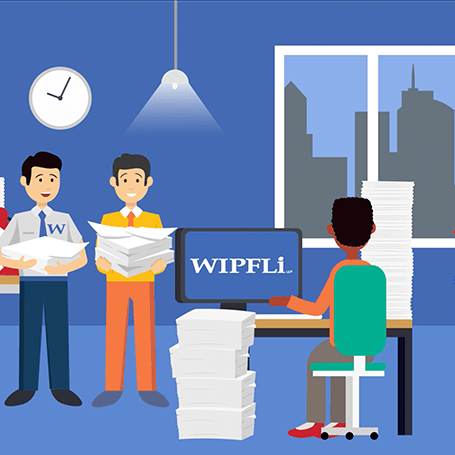