The Evelyn Wright Moore Award for Innovation Excellence recognizes nonprofit leaders who use technology and forward thinking to make a difference in their organization and their community. The annual award is named after Evelyn Wright Moore, who attended every Wipfli National Training Conference until her passing, and was a lifelong champion of innovation, learning and community service.

In 2011, Michael Patterson co-founded Arkansas Early Learning as a 501(c)(3) nonprofit with “the big, hairy, audacious goal to end poverty in Arkansas.” In just three years, it went from a small food pantry to the largest head start and early head start grantee in the state. Today, Arkansas Early Learning operates over two dozen centers in 10 counties, serving more 1,200 kids and their families.

But leaders were struggling to retain field-level staff, i.e. teachers, assistants and cooks. “Turnover was edging around 40 percent and employees were leaving the organization to work in care centers that offered less money,” Patterson said.

During exit interviews, employees complained about paperwork and the general bureaucracy of being a federal grantee. Caregivers, many of whom held degrees in early childhood education, were passionate about teaching kids – but not interested in performing clerical, back-office duties. Because Arkansas Early Learning is a federal grantee, its documentation requirements are very high.

“We did some design thinking around the issue and tried to look at it with empathy for employees on the front lines,” Patterson said. He spent time in classrooms, observing all of the demands put on teaching staff. He knew documentation had to get done to meet grant and licensing requirements, but he wanted to find a way that was easier and less disruptive to the teaching environment.

Patterson loves technology and uses voice-assistant devices like Alexa and Google Assistant at home. He wondered, “Why can’t we use this technology to fill out forms?”

“I wanted to see if staff could fill out important forms – that they hate – without stopping what they’re doing and taking their eyes away from what matters,” Patterson said.

The organization was already using Google products, so he started experimenting with Google Assistant voice prompts and workflows. He mounted Google Minis in strategic places throughout classrooms using inexpensive mounts.

His first trial was incident reports. He wrote a workflow that allows caregivers to verbally document an accident or injury. Then, Google correlates the student’s name to a guardian’s email address and automatically sends a transcript of the report and a request for e-signature.

“Without stopping or filling out a form, we get real-time accident reporting and parent notification,” Patterson said. “Parents know as soon as an event happens, so communication is better. And we have more data about accidents happening in our centers across the state.”

Then, Patterson created a workflow to help caregivers log diaper changes. By using the prompt, “Hey ‘Jane,’ it’s time to change your diaper,” staff can document “output” information without taking their eyes off the babies under their care.

Voice-activated workflows ensure caregivers are talking with the children as much as possible, Patterson said. The conversational approach exposes children to more vocabulary, which is known to support language development, particularly among kids age 0 to 5. (He’s working on getting a study commissioned to gather more data.)

When he started the project, Patterson wasn’t sure if it would work; he thought it might be cool.

“Seeing it come together has been wonderful,” he said. “I’ve been surprised by how well it works and grateful that staff have embraced it. This was a major change to throw at people. It’s more than I could have asked for.”

Patterson believes innovation helped lower the organization’s turnover, which is now around 12 percent. Leaders tackled the problem from many angles, so this was just one contributing factor – but Patterson isn’t seeing “paperwork” on exit interviews anymore.

Beyond the technology, Patterson said listening was key to the solution. “In the office, we don’t really know or experience what’s happening on the ground. You have to fix problems from a position of empathy for your staff and the job they have to do.”

He encourages leaders to spend time in the classroom – or whatever is “ground zero” for their organization. “Listen to what people have to say and act on it,” he said.

Staff are imagining new workflows for Patterson to create. Right now, he’s working with local authorities on an emergency workflow that will enable staff to lock down their center, call 9-1-1 and alert families from any location in the center. He’s doing most of the development himself, calling on an outside coder to finish complex scripts and integrations.

Patterson said Arkansas Early Learning will continue to innovate. From governance structure to the way daily reports are recorded, the organization isn’t afraid to do things differently. They’ve built a culture that’s not afraid to fail in the pursuit of positive change.

“We’re not looking for perfection, we just don’t want to get comfortable,” Patterson said. “We’re always looking for ways to get better, to make a bigger impact on our community, and to reach our big, hairy goals.”

Nominate a nonprofit innovator for the Evelyn Wright Moore Award for Innovation Excellence by September 10. The winner will be announced during the opening session of this year’s Wipfli National Training Conference, and the winner’s organization will receive $5,000. 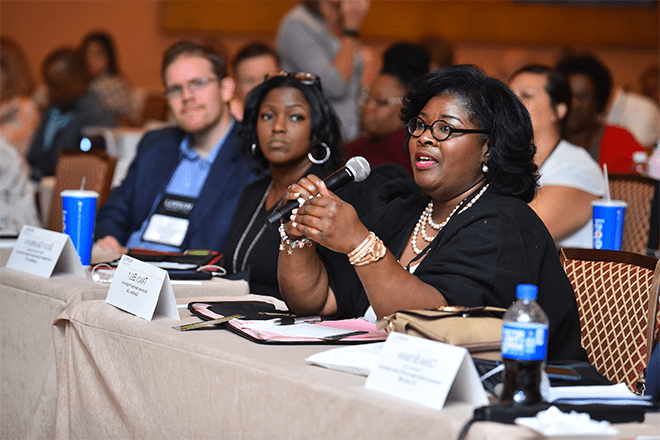 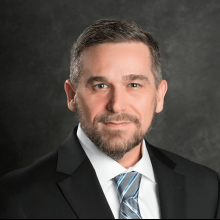 Michael Patterson is chief information officer and co-founder of Arkansas Early Learning, a non-profit organization and head start grantee. He’s is a passionate social entrepreneur, lover of everything technology, and a father to three wonderful daughters.

Patterson holds a master’s degree in Computer Science from Troy University, is a UCLA Head Start Management Fellow, and a mentor for new directors.

How did you end up in nonprofit?

I’ve always been a service-oriented person. Before I worked in head start, I was in the funeral business for a long time. I always wanted to help people in their time of need.

I’m also a child of poverty, from the projects of Columbus, Ga. I know how it feels not to know when you’re getting a meal, or if the lights are going to go out or come back on. That perspective helped drive me toward nonprofit.

I actually wish I’d gone into nonprofit work earlier because I think I’d gain so much more personally. It has helped me grow in a lot of ways.

Why is innovation important to nonprofits?

In today’s world, you have to innovate to survive. You always have to be thinking about the future and looking down the road. Exponential technologies are just waiting out there, ready to be harnessed. As nonprofits, sometimes we don’t think of ourselves as innovative. Or maybe we wait for tech companies to lead, then adopt. But we have to lead sometimes too. Innovation is key to reaching the impact we need to make on our communities and society.

And innovation doesn’t have to be technological. At Arkansas Early Learning, we’ve taken an innovative approach to our organizational structure.  We have two leaders who co-direct the agency based on our strengths. We have dual governance of our board of directors, our policy council, and down the line.

How do you find inspiration?

I find inspiration in our childcare centers. You can feel the emotion of the room and the caring environment our staff creates. Their passion drives me forward every day.

When you go into a classroom, you can almost see brain development happening and know that it’s going to change kids’ lives. I believe education is the great equalizer and one true path out of poverty for children. I truly believe in what we do.

What’s one of the biggest challenges you faced in your project?

I do almost all of the programming for our voice-activated reports myself, and a lot of it by trial and error. One of the biggest challenges was getting the databases and information into a format we could use. To put it in early childhood educator terms, software companies prefer parallel play to cooperative play. They don’t play well together.

From a technical standpoint, what did your project require?

We’ve figured it out in-house, with support from one outside coder when things get too complex. We’re using Google Minis with cool mounts we found on Amazon. Otherwise, we’re leveraging software and tools we already had and are just connecting them. For example, we were already using keypads. Now, they’re connected through the cloud and activated by voice. We were already using Adobe Sign; now it’s connected to a voice flow. We haven’t had to buy any new software.

What’s the best part of your job?

Everything we do at Arkansas Early Learning is to end poverty in Arkansas; that’s our north star. We want to break the cycle of poverty for children early, so it doesn’t hold them back for the rest of their lives.

Our teachers, and staff, and the people I interact with every day are extraordinarily caring and motivated.  I get to be part of something so much greater than myself. I love what I do.