Chicago Mayor Lori Lightfoot’s proposed 2021 budget was approved by the City Council by a vote of 28-22 on Tuesday, November 24, and it includes several tax increases as part of an overall plan to address an estimated $1.2 billion gap in the city’s budget that was largely driven by the COVID-19 pandemic.

Despite a significant push from some city aldermen for sales taxes on high-end services and a graduated real estate transfer tax, these items were not included in the approved budget.

In addition to a three-cent increase in the city’s gas tax (from five to eight cents per gallon), a $94 million property tax increase, and a provision that increases property taxes annually by an amount tied to the consumer price index (CPI), perhaps the most significant tax increase was to the city’s so-called "cloud tax.”

As part of its 2021 budget approval, the Chicago City Council adopted an ordinance that increases the rate of the cloud tax from 7.25% to 9%, effective January 1, 2021.

Even though the State of Illinois does not impose sales/use tax on software as a service (SaaS), the city of Chicago has historically taxed the sale of SaaS under its Personal Property Lease Transaction Tax (“transaction tax”).

Chicago has historically imposed its transaction tax at a 9% rate upon the price paid by a lessee for the lease or rental of most personal property within the city, or for the privilege of using such property in the city if it is leased or rented outside the city.

However, Chicago has also historically applied this tax (at a lower rate) to nonpossessory computer leases, which city taxing authorities view as being applicable to certain cloud services — an approach sometimes referred to as imposing a “cloud tax.” The Cloud Tax applies to a nonpossessory lease of a computer primarily for the purpose of allowing a customer to use the provider’s computer and software to input, modify or retrieve data or information that the customer provides.

The city of Chicago has historically imposed its cloud tax based on the location from which the underlying software is used/accessed by the customer, and it has permitted taxpayers to apportion the tax within and outside the city when software use occurs in both locations.

Particularly in light of the increased use in telework that has been prompted by the COVID-19 pandemic, which has frequently caused employees to work from home rather than to continue working from offices in major cities such as Chicago, taxpayers should re-evaluate their historical cloud tax sourcing determinations to ensure that they remain appropriate under a pandemic environment and seek refunds if appropriate.

If you have any questions about the cloud tax or how to re-evaluate your cloud tax sourcing determinations, reach out to the tax advisors at Wipfli. 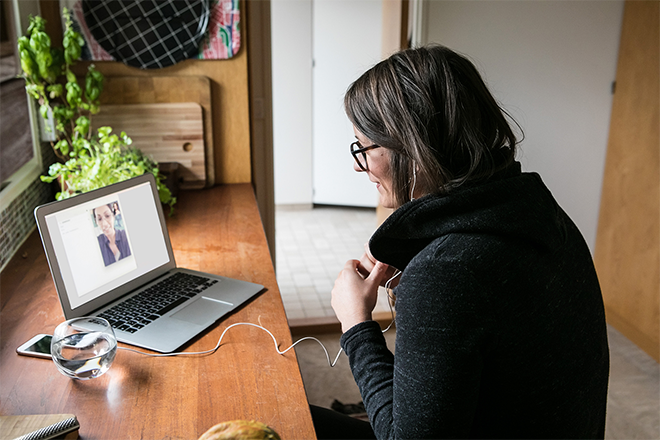 Insights to help you respond to and recover from coronavirus fallout.
Learn more