IRS Issues Guidance on Section 199A: The 20 Percent Passthrough Deduction

On August 8, the IRS has issued highly anticipated guidance regarding the brand-new code Sec. 199A which resulted from the Tax Cuts and Jobs Act (“TCJA”). As a quick refresher before discussing the recent guidance, the following is a very brief summary of the basic rules of Sec. 199A:

For tax years beginning after 2017 and before 2026, the deduction under Sec. 199A is available to individuals and certain trusts, and estates that:

Although the deduction is generally presented as 20% of qualified income generated from the above sources, several requirements and limitations apply that may reduce or possibly eliminate the deduction for many taxpayers. Qualified income includes only U.S. sourced income and excludes investment type income. The first limitation is based on qualifying wages and property for each trade or business and is phased in for higher income taxpayers (those with taxable income between $315,000 - $415,000 (MFJ) and $157,500 - $207,500 for all others). Note that this limitation applies only to QBI, not to PTP or REIT income. For these same higher income taxpayers, there is a phase-out of the deduction to the extent that the income is generated from certain specified service trades or businesses (“SSTB”). A final limitation caps the total Sec. 199A deduction to 20% of the taxpayer’s taxable income, reduced by taxable income that is already subject to favorable capital gains tax rates.

Thus, in order to determine the amount of the actual deduction, one needs to wade through numerous definitions and limitations. Not to worry though, the IRS projects that the total annual reporting burden across all taxpayers is going to be a mere 25 million hours. Unfortunately, we believe that’s a low estimate, especially given the complexity of this newly-issued guidance.

That guidance came in the form of proposed regulations, frequently asked questions (FAQs), and a Notice. This update will highlight some of the key points within the guidance. Gluttons for punishment are welcome to read the nearly 200 pages of proposed regulations here, the FAQs here, or the Notice here. We expect this document to be updated and/or addendums issued as we continue to analyze this guidance and identify the strategic opportunities and foot-faults it may present.[ii]

Definition of Trade or Business

To begin the Sec. 199A calculation, we start with the IRS’ definition of “trade or business” in the proposed regulations, which provide that a “trade or business” means a trade or business as defined under Sec. 162. Sec. 162 requires that the taxpayer must be involved in the trade or business with continuity and regularity and the primary purpose for engaging in the activity must be for income or profit. Whether this definition is satisfied is dependent on the specific facts and circumstances of each taxpayer, which leaves taxpayers with a great degree of uncertainty.

Under 199A, any trade or business involving the performance of services in one or more of the following fields is considered a SSTB, and higher income taxpayers may get a reduced or even no §199A benefit for income generated by the trade or business: health, law, accounting, actuarial science, performing arts, consulting, athletics, financial services, brokerage services, investing and investment management services, trading, dealing in securities, partnership interests, or commodities. This list is pulled from the pre-exiting list found in Sec. 1202, but specifically excludes architects and engineers. The proposed regulations provide additional guidance around each of these twelve fields specific to the application of Sec. 199A, including examples of what activities do and do not fall into each of these disqualified fields. Despite the limited examples provided in these regulations, there is obviously a wide variety of businesses that will still need to make judgement calls regarding their status as an SSTB.

Section 199A also included what appeared to be a catch-all category if the principal asset of the trade or business is “the reputation or skill of one or more employees or owners”. The proposed regulations have, thankfully, narrowly interpreted this category to mean any trade or business that consists of the receipt of fees, compensation or other income for any of the following: (i) endorsing products or services, (ii) the use of an individual’s image, likeness, name, signature, voice, trademark, or any other symbols associated with the individual’s identity, or (iii) appearing at an event or on radio, television, or another media format. Thus, this catch-all category will apparently apply to certain income that is earned by famous athletes, Donald Trump and the Kardashian-Jenner sisters.

The proposed regulations also provide two sets of rules to address situations in which a trade or business or group of trades or businesses may receive a portion, but not all, of its income from the performance of services in a field designated as an SSTB.

The proposed regulations put an end to this strategy with anti-cracking rules.

For purposes of determining whether 50% common ownership exists, the related party attribution rules of 267(b) and 707(b) apply, making avoidance of these anti-abuse rules difficult.

The Wage and Property Limitations

Although the deduction is advertised as being 20% of flow-through business income, the next hurdle for higher income taxpayers is that the deduction can’t exceed 50% of wages (as defined). Taxpayers that don’t pay significant or even any wages can instead apply a limit of 25% of wages plus 2.5% of the sum of the unadjusted basis of certain depreciable assets. Of course, neither term has a straightforward definition, so we will summarize each term below.

Also, remember that the TCJA provided that only assets that are used in the production of QBI, that are owned on the last day of the tax year and whose depreciable period has not ended before the end of the tax year can be included in this limitation. An asset’s depreciable period begins on the date the property is placed in service and ends on the later of (a) 10 years after the date placed in service or (b) the last day of the last full year in the asset’s GDS tax life, ignoring the ADS life. Thus, the UBIA of personal property will generally be included in the limitation for 10 years, while the UBIA of real property will generally be included in the limitation for 27 or 39 years, for residential and nonresidential property respectively. Special rules are contained in the proposed regulations for determining the date placed in service for like kind exchange property and other nonrecognition transfers involving transferred basis property, as well as for improvements that are made to property that was already owned by the taxpayer.

The proposed regulations provide various netting rules. First, the regulations provide that QBI goes into one silo and REIT dividends and PTP income go into another silo. Those two silos are never netted against each other; netting will only occur within each separate silo. Netting within a silo occurs as follows:

The proposed regulations outline a new set of rules which allow individuals (but not entities) to aggregate their various trades or businesses for purposes of applying calculation limitations. Unfortunately, the rules do not follow the same aggregation rules that already exists under the passive loss rules of Sec. 469, further complicating tax return planning and preparation. On the other hand, by not being pigeon-holed by the passive activity grouping rules, there may be more planning opportunities. To aggregate trades or businesses under Sec. 199A, the aggregated trades or businesses must meet the following requirements:

If the above tests are satisfied, the aggregation combinations are quite flexible. An individual can aggregate trades or business that they own/operate directly with trades or businesses that they own thru passthrough entities. A strategic “pick and choose” approach for each taxpayer can be taken; there is not an “all or nothing” requirement (as is required for the grouping of real estate rentals by a real estate professional under the passive loss rules).

Individuals must then consistently report the aggregated trades or businesses in all subsequent tax years. However, newly created or acquired trades or businesses may, but are not required to, be added to an existing group as long as they meet the aggregation requirements above. Additionally, if there is a change in facts or circumstances such that a prior aggregation no longer qualifies, the taxpayer must reapply the rules to determine a new aggregation.

We suspect that a failure to aggregate in 2018 will be treated as an aggregation election and the taxpayer will be unable to aggregate those businesses in the future, without a significant change in facts and circumstances.

When businesses are aggregated, the W-2 limit (or W-2 plus UBIA limit) is also applied on an aggregated group basis. Therefore, this aggregation rule can strategically be used to benefit taxpayers who may have their payroll in a different legal entity than their operations or who have one operating entity with significant income but low wages and/or property and another operating entity with minimal income but high wages and/or property. Taxpayers will no longer have to consider restructuring their legal entities or their business operations to maximize their Sec. 199A deduction.

Since aggregation can be done only at the individual level, flow-through entities that conduct multiple trades or businesses are now required to disclose the QBI, W-2 wages and UBIA, as well as any PTP income or REIT dividends, with respect to each separate trade or business to each partner, shareholder or beneficiary. This will often require significant extra time and therefore cost when preparing flow-thru tax returns. You will recall the discussion, above, related to the relative lack of definition of a trade or business for purposes of QBI. Of course, that means there is also a lack of definition with respect to multiple trades or businesses within an entity.

An RPE means a partnership, S corporation, and some estates or trusts. While an RPE is not able to claim the Sec. 199A deduction itself, it must determine and report the necessary information to its owners/beneficiaries so that they can calculate the Sec. 199A deduction on their own returns. The proposed regulations require RPEs to determine QBI, W-2 wages, UBIA, qualified PTP and REIT income, and whether any of its trades or businesses are SSTBs. Each item is then required to be reported on or with the Schedules K-1 issued to owners/beneficiaries. Such information must be reported by the RPE even if it is aware the owner/beneficiary is below the income threshold. If an item is not reported by the RPE to its owners/beneficiaries, the item is deemed to be zero.

In addition to the anti-abuse/anti-cracking rules discussed above with respect to splitting a single business into two businesses to get around the SSTB rules, the proposed regulations contain several other anti-abuse provisions:

[i] This Update does not address the Sec. 199A implications of cooperative dividends.  If you have cooperative dividend income, please contact your Wipfli relationship executive directly.
[ii] A separate Update will be issued with respect to special computational and anti-abuse rules specifically for trusts, estates, and beneficiaries that are contained in the proposed regulations. 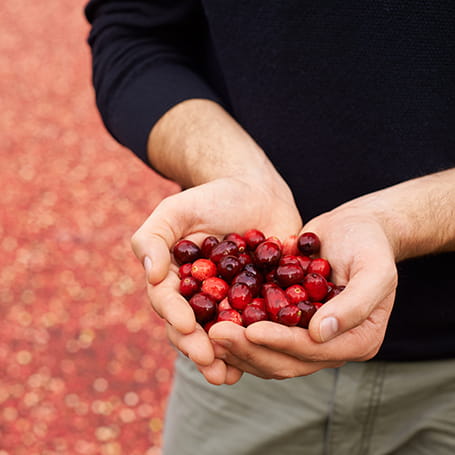