How to avoid the biggest mistakes in ESOP valuations

Several high-profile ESOP cases, including Brundle v. Wilmington Trust and Pizzella v. Vinoskey, paint a framework of bad decisions by appraisers and fiduciaries alike that resulted in multi-million dollar payouts from the defendants.

Valuation practitioners working in the ESOP arena should pay close attention to latest cases and process agreements in place with the Department of Labor to avoid further expensive litigation in their ESOP practice.

My experience in the ESOP valuation and litigation arena, conversations with Department of Labor (DOL) employees and research into ESOP valuation matters suggests ESOP valuation practitioners should pay close attention to the following subjects.

Valuation advisor selection process hardly ever attracts the attention it deserves, but it is coming under more and more scrutiny from the DOL.

Although the valuation advisor is hired by the trustee of the ESOP and must report their valuation results to that trustee, valuators frequently find themselves with divided loyalties when working on an ESOP.

The owner/seller of the ESOP stock is generally the driving force behind initiating the ESOP transaction and hiring professionals to facilitate the process, including hiring a valuation advisor.  The owner/seller has a vested interest in receiving the highest price possible for the stock he or she owns. That, in and of itself, is a conflict of interest that every valuator and fiduciary must acknowledge from the get-go.

Sellers who influence the selection of the valuation specialist are likely to exercise control over the valuation process itself and skew valuation conclusions in their favor as a result. Controlling sellers may end up mired in conflicts of interest and stand being accused of bias and improper dealing in the process.

The DOL’s proposed adequate consideration regulations require that the fair market value be determined in good faith by the trustee or named fiduciary of the ESOP plan. A good faith determination demands the fiduciary undertake a prudent investigation of the circumstances prevailing at the time of the valuation and apply sounds business principles to their valuation.

Although it is the fiduciary’s responsibility to determine the fair market value in good faith, the fiduciary’s choice of an independent, qualified and unbiased valuation advisor lays the foundation of a good-faith conclusion of value.

DOL’s process agreements are asking for transparency and lack of bias in the process of selection of valuation advisors.

Recent DOL agreements require the trustees document the reasons for selecting a particular valuation advisor, keep written records of a list of valuation advisors considered for the job, provide written confirmation on the appraiser’s qualifications, references, and investigations related to prior valuation work, and prepare a full explanation of the basis for choosing a specific valuation specialist.

A poor or biased choice of valuation advisor can taint the ESOP from the very beginning, result in expensive litigation and undermine the faith of the employees in the value of the ESOP as a savings vehicle for their future retirement.

One common theme in many recent ESOP lawsuits is a valuator’s failure to consider all relevant documentation in their final conclusion of value.

Sellers are often the party most knowledgeable about the company. Although sellers provide important information and pertinent documents, appraisers must use their professional skepticism when analyzing information provided by company management and ensure all relevant documents were made available.  Prior valuation reports and any other documentation that speaks to the value of the company are especially important.

Deviations from previous value conclusions should be given a heightened level of scrutiny. Although the value of any given company may fluctuate over time due to market conditions, financial performance and industry volatility, large differences in value conclusions are a matter of special concern. Such differences, although possible in any valuation scenario, should have plausible, thoughtful and well-documented explanations.

Moreover, although it may appear that the seller is in fact in charge of the whole transaction, valuators must remember that they are working for the trustee of the ESOP rather than the seller of the ESOP stock.

Projections provided by management are especially prone to bias.

The DOL’s recent process agreements require the fiduciary to conduct reasonable inquiry into projections provided by management and consider the inherent conflict of interest management faces with respect to projected financial performance.

Control or rather lack thereof, continues to be a major issue in ESOP valuations.

Adequate consideration regulations require that control in form and in substance pass to ESOP fiduciaries when any control-level adjustments are applied to the final determination of value. Control level adjustment include cash flow assumptions, control premiums and discounts and any other valuation assumptions that influence the ultimate value conclusion. Sales of non-controlling interests to an ESOP must be valued on a non-controlling basis.

In practice, family-owned companies that continue to be owned and run by the same group of individuals after the sale of the stock to the ESOP will frequently lack the signs of control and should, consequently, be valued on a non-controlling basis.

How Wipfli can help

If you need an ESOP valuation advisor that can provide unbiased, competent and thorough valuation reports, our team can help. We are vigilant about meeting the DOL’s requirements and operate at the highest professional standards. Contact us today. We can provide you with the clarity and confidence you need in valuing your business.

Interested in learning more? See our business valuations services page, learn how Wipfli can help you set up or serve an existing ESOP, or read more articles on ESOPs: 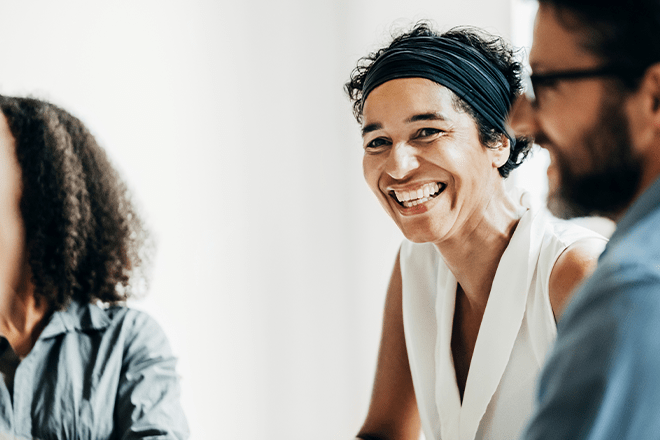 What’s your dental practice worth? How to go beyond the ‘rules of thumb.’
05/22/2022
Ready to sell: How working capital impacts business value
03/28/2022
By: Ryan Noreen
Private Company Council amendment: Simpler accounting rules may pave the way for business acquisitions
03/27/2022
By: Francis P. Egan, Megha Jain
Read All Wipfli Insights