On May 23, 2019, the Setting Every Community Up for Retirement Enhancement (SECURE) Act was approved in the House. This legislation looks to improve the ability for businesses to offer retirement plans and make it easier for individuals to save for retirement. It is the most significant legislation affecting private retirement plans since the Pension Protection Act passed in 2006.

The SECURE Act increases the current tax credit offered to businesses that implement a new retirement plan from $500 to $5,000 and allows for an additional $500 credit to small employers that include an automatic enrollment feature. The legislation also makes it easier for companies to join together to form multiple employer plans, creating economies of scale and producing an opportunity for greater access and lower costs. Lastly, the act includes provisions to simplify the 401(k) safe harbor rules, allow long-term part-time employees to participate in 401(k) plans and increase the required minimum distribution age from 70.5 to 72.

With these provisions, the SECURE Act will primarily impact participants in private employer-based retirement plans, beneficiaries of such plans and sponsors of these plans.

The Retirement Enhancement Savings Act (RESA) is a similar bill currently being debated in the Senate. If the Senate passes RESA, then the SECURE Act and RESA will be reconciled and passed on to President Trump to sign. If the Senate does not approve the bill, the legislation is likely to stall. This seems to be an unlikely possibility, as both versions have had strong bipartisan support.

If you have questions regarding how this legislation could affect your company’s existing retirement plan or allow you a better opportunity to implement one, please contact a member of our team: Erika Young, Tom Krieg or Marci Boyarski. 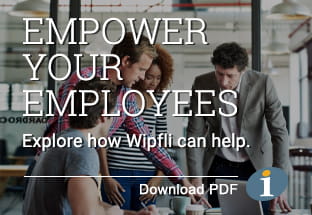 7 ways service organizations benefit from a SOC exam
04/12/2021
By: Jacqueline Cooper
Key factors to consider when valuing a construction company
04/05/2021
How to use competitor benchmarking to gain market share
04/05/2021
By: Marcie Bomberg-Montoya, Ryan Barrow...
Read All Wipfli Insights