Is it time to sell your microbrewery? How to understand your value

Over the last 25 years, craft breweries have disrupted the beer market and have experienced exponential growth, taking market share, cooler space and consumer attention away from their macrobrew counterparts.

In response, macrobreweries have devoted substantial dollars to acquiring their craft competitors.

Are you a craft brewery owner who is the acquisition target of a big beer brand? Perhaps now is the time to begin thinking about what your brewery may be worth.

Like foam in the glass of a novice pourer, breweries in the United States have experienced an unprecedented rise.

The sheer number of breweries in existence — which includes regional and nonregional breweries, microbreweries and brewpubs — has increased from 601 in 1994 to 7,450 in 2018, a compounded annual growth rate of 10.6%. 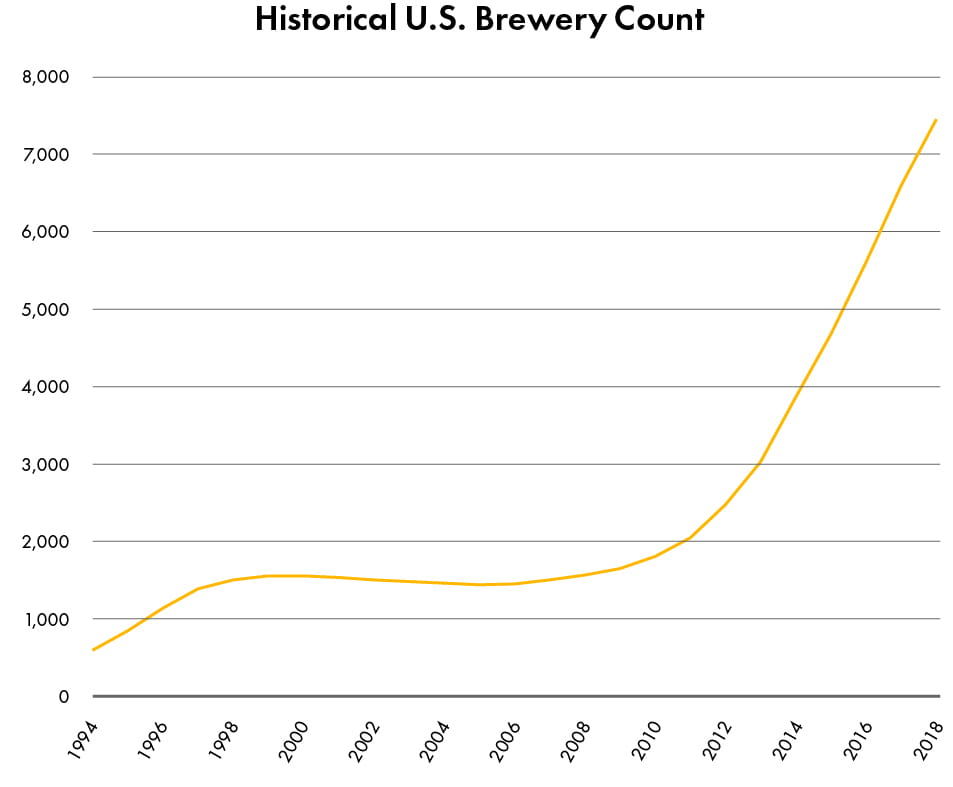 However, the U.S. beer market is a mature industry, with total beer volume sales dropping in 2018 by 0.8%. In response, microbreweries have successfully used product innovation and premium product offerings to try to increase their market share.

Millennials— who are less price-sensitive than other demographics — have been a valuable demographic for craft breweries who embody characteristics that appeal to millennials, including: 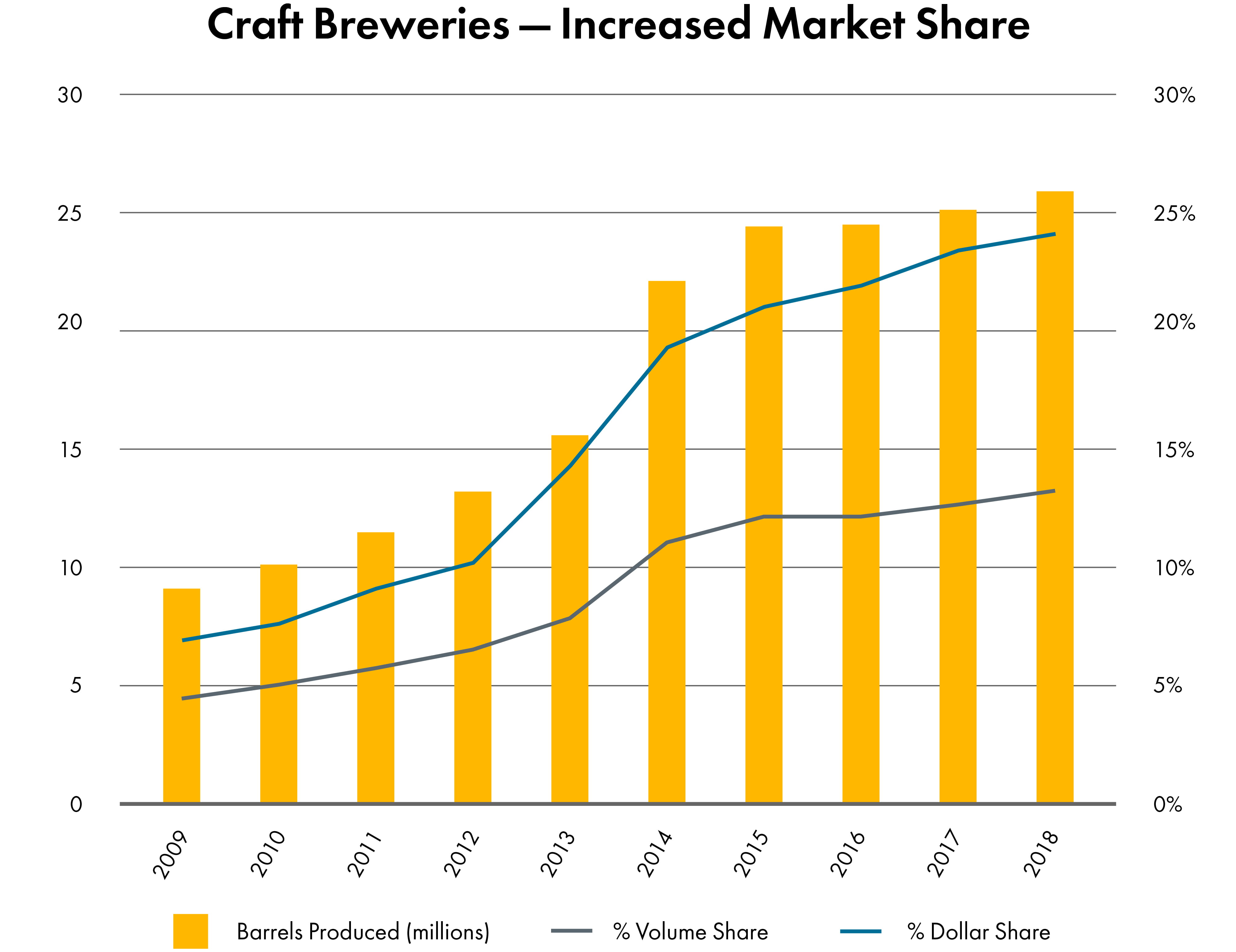 In response, macrobreweries have aggressively been merging with and purchasing microbreweries.

Anheuser-Busch, the world’s largest brewing company, is the quintessential case study to prove this trend. Ten years ago, Anheuser-Busch did not own a single brand that would meet the definition of a craft brewery.

In the past eight years, Anheuser-Busch has purchased 11 brands that were previously considered craft:

While there is no guarantee that industry consolidation will continue at the same pace, the status quo isn’t an option for big beer brands like Anheuser-Busch as they continue to lose market share to craft breweries.

Even if your brewery hasn’t yet been solicited as an acquisition target, now is a great time to begin thinking about value.

How to value your microbrewery

The first step in thinking about value is to have an appraisal performed on your brewery. The appraiser will likely apply the following three approaches to value the equity of your business:

In addition to the three approaches, there are several considerations which could significantly impact your brewery’s value.

While the above considerations are not a comprehensive list, they should at least provide direction in maximizing the value of your brewery.

Other reasons to determine your value

Beyond interest from large beer companies, there are other reasons you might need to know the value of your brewery:

How Wipfli can help

It’s important to know exactly what your brewery is worth. Like the creation of a great tasting beer, the valuation and sale of a brewery requires the right tools and knowledge.

Our valuation specialists at Wipfli have that knowledge to help you. Visit our web page to learn more.

In addition, we also can help you with your:

Trust but verify
9/19/2020
By: Claire M. Jarchow
What triggering terms activate rules in financial institution advertising
9/17/2020
By: Amanda L. Knudsen
4 reasons why right now is the best time to gift your business
9/17/2020
By: Audra M. Moncur
Read All Wipfli Insights